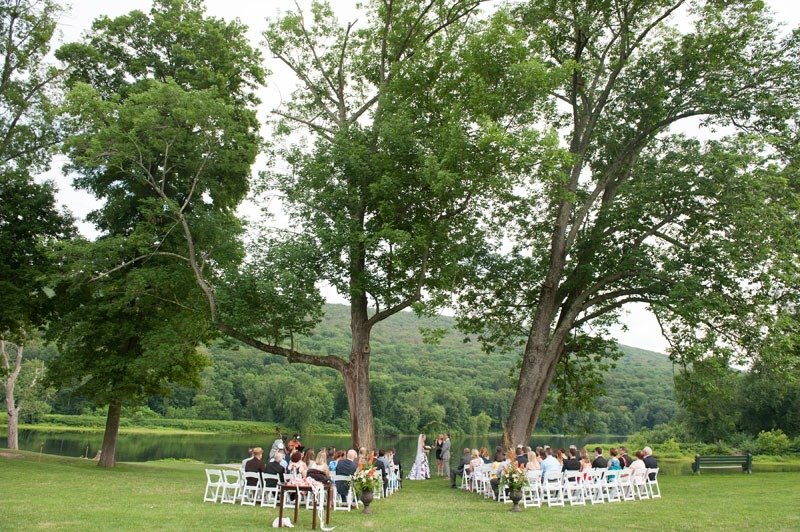 You know that saying about absence making the heart grow fonder? Well that’s pretty much my connection with the outdoors. I was born and raised in Queens so I quickly learned to cherish my family’s excursions to scenic areas like our timeshare at the Shawnee Inn near the Poconos. Swimming in the Delaware River was fun and so was learning about the different plants and animals but I was an only child. My fondest memories there consist of running around with other kids and constantly getting into trouble! A few months ago, we performed at our friend’s wedding at that very same Shawnee Inn. While her and her hubby created new memories, all of my childhood ones resurfaced along with some new realizations.

On the long drive back home after the wedding, Sadiki and I chatted about how different the same place can seem with a new perspective. The venue’s historic charm was so much more apparent, especially during the gorgeous wedding ceremony. Outdoor wedding ceremonies are always nice when the weather cooperates but this one felt particularly magical. As we started setting up under the protection of a majestic tree, I noticed a huge scar that I’m guessing was caused by lightning or a violent storm. I wish I had taken a picture of it but we still had to sound check and then setup for Cocktail Hour and the First Dance so time was limited. The scar was incredibly deep and almost as tall as the tree itself. We were absolutely stunned that the tree survived, somehow managed to heal and even continued to grow. Chills ran through my body as my inner child imagined the stories this tree would tell me if we were able to communicate… and perhaps it did communicate. Our sound that day was noticeably different and we haven’t been able to duplicate it since. Sadiki is the more scientific 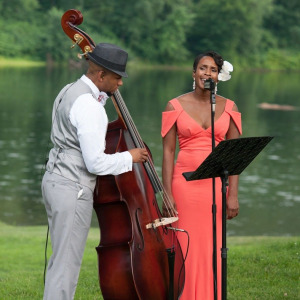 one of our duo so he thinks it was the combination of warm, humid air and the strange acoustics of being under the tree’s canopy but my inner child has some other ideas. Later on, we entertained during Cocktail Hour on the Inn’s porch and then returned to a pavilion near the river to perform during the First Dance. Moving our equipment back and forth across the breathtaking lawn while wearing an uncomfortable dress and painful heels is a new Shawnee Inn memory that I can’t forget soon enough but it was well worth it. The romantic afternoon transformed into an unforgettable evening of celebration and we were honored to be a part of it.

After wishing our love struck couple goodbye, I ended up chatting with one of the Shawnee Inn employees while we were packing up. I couldn’t help but tell her that I felt like there was something sacred about the area next to the tree where we performed. She said that there actually was. Apparently, Native Americans considered it to be a sanctuary and would gather there every year for a special religious ceremony. It’s easy to understand why they did and why our friends chose that exact location for their wedding ceremony. There’s something powerfully fitting about getting married under an enduring tree that has weathered several lifetimes’ worth of storms and still remembers to flourish beautifully. Watch out. Having nature officiate your wedding may become the “new” trend! 😉